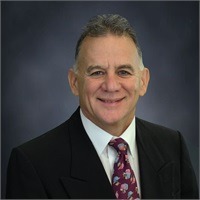 Raymond C. Bock has been an associate of Rockdale Financial Services, Inc. for over 25 years. He was introduced to the financial planning business over 35 years ago while working his way through college by Stephen Richman and his father, Ron Richman. Ray is licensed to provide Life, Health and Disability Insurance and holds Series 6 & Series 65 security registrations.

After college Ray entered the field of Special Education and taught behaviorally challenged kindergarten to 5th graders in the Piscataway school district and then eventually moved on to behaviorally challenged teenagers in a high school setting before becoming a Principal.  While teaching Ray also coached high school football, wrestling and lacrosse in Piscataway and Edison.  Ray served as Principal of Collier High School, an alternative High School for students whose needs could not be met in a traditional public school setting.  Under Ray’s leadership Collier became one of the premier Alternative High School’s in NJ.  After 30 years at Collier, Ray has moved on and is expanding his association with Rockdale from part time to full time.  While a part timer, Ray’s attention to our clients has always been a full time commitment and now he is excited to join us and dedicate his full attention to the goals and dreams of his clients.

Ray has observed that the fields of special education and financial planning have a great deal in common in that the commitment to the individual needs of the child, adult or family is a critical factor to helping them achieve their goals. He has noted that he has found the same commitment at Rockdale Financial Services that he found at Collier High School—a respect for the individual and a dedication to placing the needs of the client first.

Ray has volunteered his time with youth recreation and community theater and as a member of the Executive Committee and Chairperson of the Program Development Committee for ASAH, the state association for schools and agencies for the handicapped.

He has received numerous awards for his commitment to the needs of others including, The Good Samaritan Award, The Collier Award and The ASAH President’s Award.

Ray holds a BA and Master’s Degree from Kean University and resides in Freehold, NJ with his wife Coleen where they raised three daughters; Kelsey, Ali, and Rebecca.